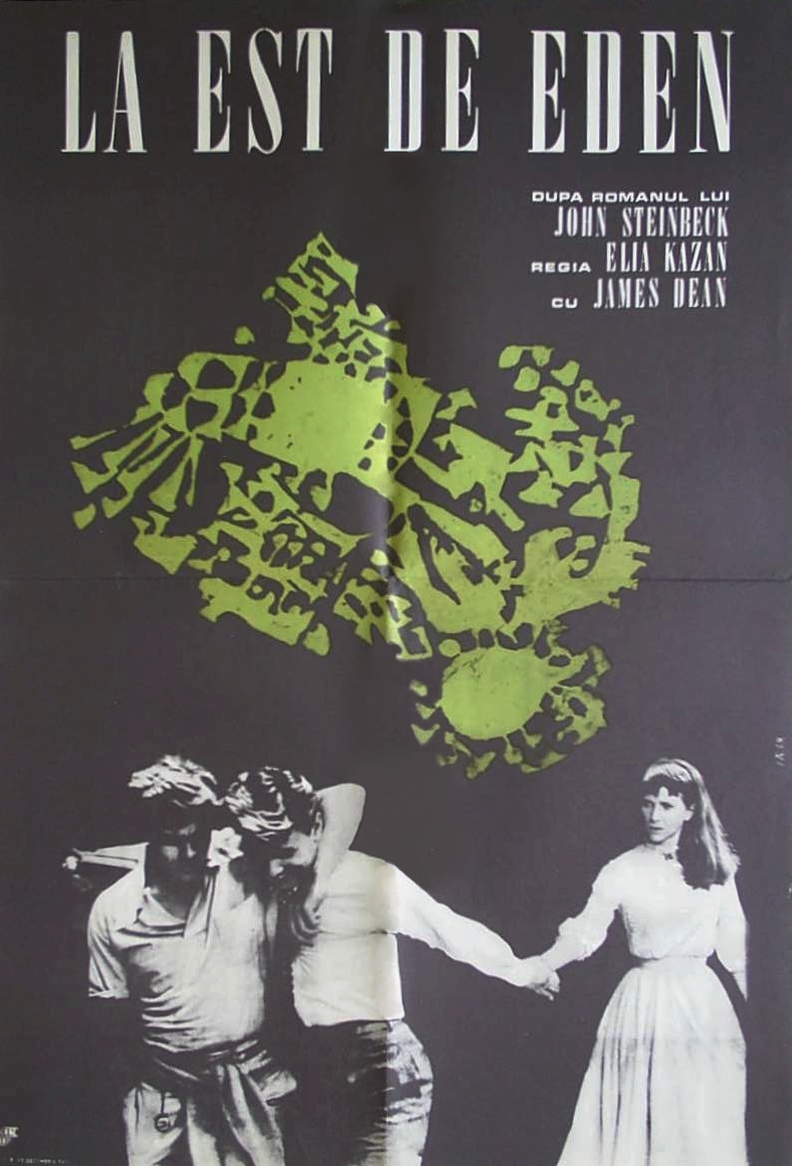 This picture is rightly considered a classic of Hollywood and the major film James Dean is a brilliant actor, a rebel and a celebrity of his time. It before the end of filming, already nicknamed the second Brando. "East of Eden", an adaptation of the famous novel by Steinbeck, a novel about family drama of a young man who is jealous and suffering, seeing as his father gives an unfair preference to his other son, the favorite. And the more his despair, than it's hopeless  the stronger the desire to find a forgotten parental love.

Of the three paintings, in which Dean played the male lead, is the only film released during the life of the actor.

Many of the scenes or replica cal was improvised by the actor. For example, in the field of dance and stunts on the roof of a moving train.

In the scene of the conversation between Adam and cal, cal had to get away from his father, but Dean instinctively turned to Massey and Raymond hugged his on-screen father fell into a state of stupor from the surprise. Behavior Dean all amazed at this moment that the Cauldron has decided to leave the scene like this and not lost. This episode from the life of an actor can be seen in the biographical picture of 2001, where the role Dean played by James Franco.

In 1955, the American film Academy awarded James Dean was nominated for the award "Oscar" posthumously for the main male role. This nomination became the first in the long history of the film Academy.

Initially, the cauldron was the idea to invite to the role of cal Marlon Brando and Montgomery Clift for the role of Aaron, but both were already over 30 and therefore their candidature was considered too old to play teenagers. In fact, the final verdict in favor of James Dean made himself the author of the book John Steinbeck  when Dean appeared on the set, Steinbeck exclaimed, "Jesus Christ, he looks like cal!"

Cal could play the Paul Newman that was held with Dean screen test.