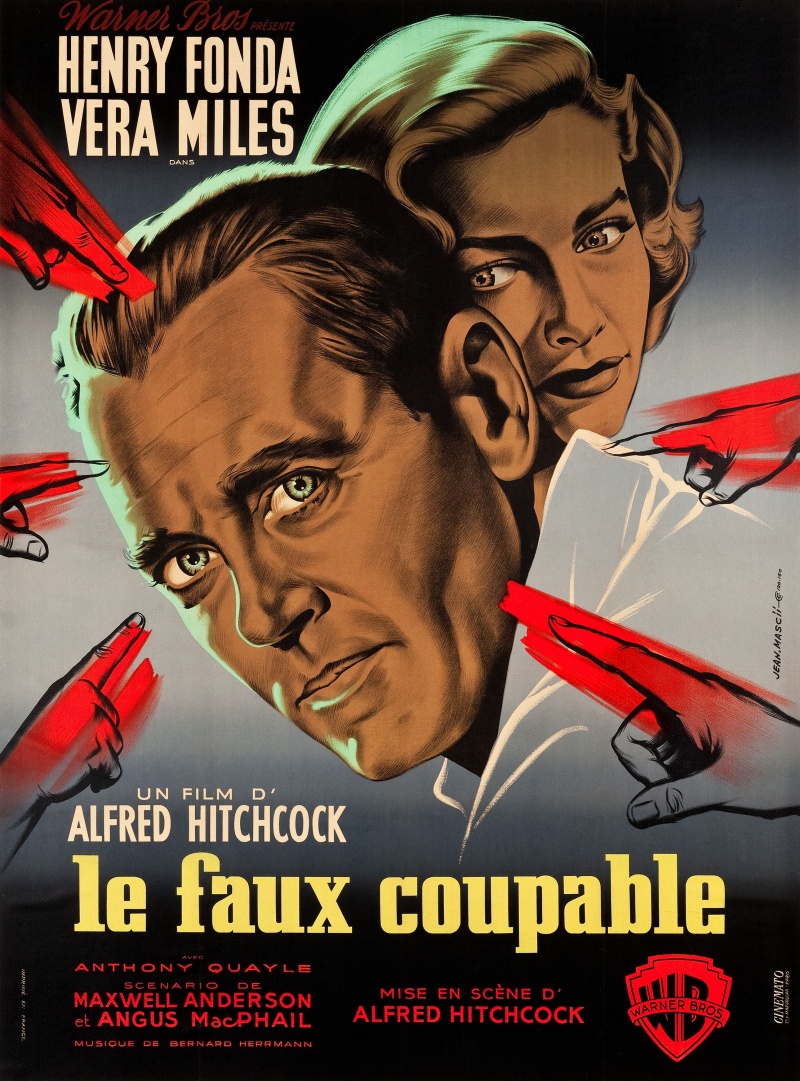 The story of musician Manny Balestrero, a man full of hidden fury of his mistaken arrest. His suppressed grief-stricken wife, rose crucible is adjusted to the madness.

The Victor Moore arcade was demolished in the late 1990s for the construction of new transport interchanges.

This is the only movie where you can hear his voice (in a monologue early in the film).

The film is based on the famous new York criminal case bassist from Queens, who was arrested on 13 January 1953, which Hitchcock had read in Life magazine. In the film, Hitchcock deliberately omits some details of this case, evidence of the innocence of the suspect.

As in most of his films, Hitchcock planned to appear in the film, a cameo in one scene. He even took the scene where he stood in the club Drain near the place where Manny sat. But later cut it and took the prologue with his participation.

Despite the text in the epilogue of the film, saying that rose Balestrero fully recovered two years after her husband was acquitted, in reality, she was unable mentally to fully recover. Almost all the money that her husband managed to obtain from the lawsuits and the sales of copyrights, went to pay for her stay in hospital.

"That man" (the real criminal) repeatedly appears in the frame: outside the club, "Stoke", Victor Moore arcade and near the liquor store, where police detain Manny.

The prison in the film was real. When Manny are in the camera, behind the scenes you can hear one of the real prisoners while shooting shouted "What'd they get ya for, Henry?" ("What have they got on you, Henry?") and then sounded the laughter of the other prisoners.