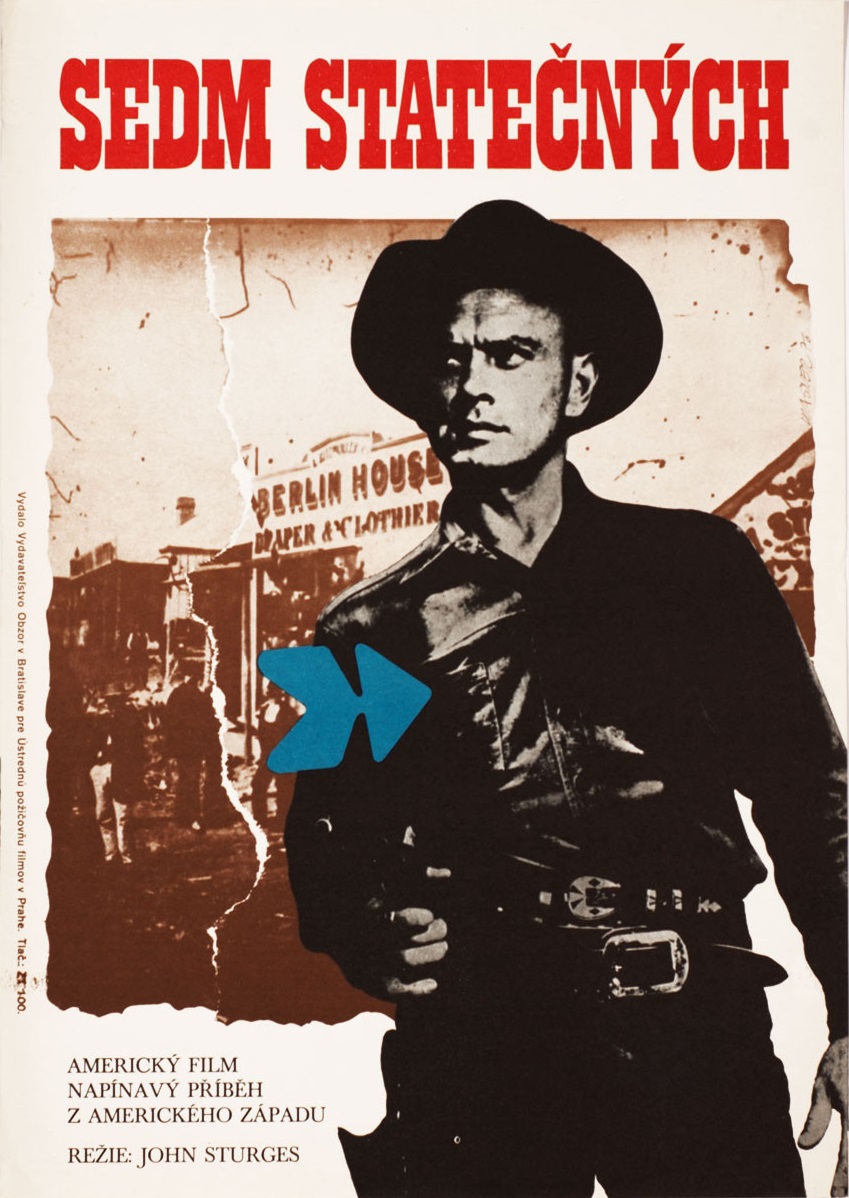 In the small village farmers suffer from the depredations of local bandits. Their ringleader CULVER keeps at Bay the whole neighborhood, tormenting its inhabitants constant exactions and punishments. And once farmers decide to hire a defense  seven armed horsemen, led by Chris skinhead. The magnificent seven quickly restore order, but CULVER still manages to escape. And then the capture of the villain and his associates is a matter of honor of the magnificent seven.

Mexican officials issued a permit for filming on the condition that the peasants in the film must be dressed in clean white shirts. In addition, they demanded that screenwriter Walter Newman to advance went to the site to learn about the life of Mexican farmers, but Newman declined. Changes to the script were made by William Roberts, and they were significant enough that he got a place in the credits as co-writer, but Newman did not want to be "co-author" of his script and finally just removed his name from the credits.

The cast of the film were recruited very fast to finish casting before the next actor's strike.

The role of Wine were up for gene Wilder.

Initially, the role Britta was approved by sterling Hayden, but for some unknown reason he couldn't do it. James Coburn for the role of Britt suggested Robert Vaughn  Coburn they were friends from school. Coburn was a big fan of the movie "Seven samurai" (1954) and most of all he liked samurai Kyuzo, analogous to the role that "the Magnificent seven" was just the role of Britta.

Steve McQueen really wanted to do this movie, but it refused to release from the filming of the television series "Wanted dead or alive" (1958). McQueen, however, crashed the car and, claiming to be sick, she starred in "the Magnificent seven" secrets from the Studio.

Future famous composer John Williams participated in the recording of the music for this film  he played in the orchestra on the piano.

On the set of the film was Yul Brynner married Doris Kleiner.

Brynner, who was shorter than Steve McQueen, was strictly adhered to in the shot with the McQueen he looked taller. On the place where were supposed to be Brynner, was erected a mound of earth. McQueen, passing by these mounds, from harm each time they preceptiva. Brynner and McQueen constantly competed in the first edition of McQueen deliberately "pull the blanket", shifting the hat on his head or on the nose or making something optional, but a visible camera. Brynner is very annoying, he even hired a special assistant, so he counted how many times during the filming of McQueen without having to fiddle with the hat.

The film takes 2nd place in attendance among all foreign tapes in the Soviet film distribution.

In order to obtain permission to shoot in Mexico, the filmmakers had to make some changes to the script. In its original version, as in the Kurosawa movie, the elder immediately offered to peasants to hire defenders, but the Mexican officials this time was not pleasant  in their view, this created the impression that the Mexicans are unable to defend themselves. As a result, the film village elder sends peasants across the border on a mission to buy weapons.

In "the Magnificent seven" in a role of Chico the combined traits of two characters in the film "Seven samurai" (1954)  a young samurai, Katsushiro Okamoto and samurai imposter Kikuta. Even the names are chosen accordingly. Kikuta means boy, it is so called because he filed the samurai documents, which means that he is 13 years old. Chico in Spanish means  boy, he's the youngest of all seven.

From the plot of "the Magnificent seven" is completely excluded important to the film, "Seven samurai" (1954) a scene in which the peasants kill the captured bandit.

Firearms have traditionally been considered unacceptable for the samurai, in the movie "Seven samurai" (1954) was only used by bandits. In "the Magnificent seven" this motif completely excluded the transfer of the action to the late XIX century.

In the movie "Seven samurai" (1954), none of the bandits were not mentioned by name, while in the "Magnificent seven" appears important to the film role Calvery.

Many aspects of the film was parodied in the Comedy of John Landis, "Three Amigos!" (1986). The music for this film, as with "the Magnificent seven", was written by Elmer Bernstein.

The hero's Yul Brynner was also humorous refracted in a fantasy novel by A. Strugatsky "Expedition to hell", where shaven-headed captain of the space pirates, two-Headed Yul in the final perevoplotilsya good.

Robert Vaughn, who played the role in the movie Lee, also played in the television series "the Magnificent seven" (1998-2000) the role of judge Oren Travis.

July 13, 1962 Nikita Khrushchev in an interview with American journalists, quarreled movie: "I watched the film "the Magnificent seven". The artists involved in it, great play. We released it on the screen and received a lot of reproaches. In our press was made by the teachers. Published a critical article called "Two over seven". In this article it was said that the movie badly affects the education of youth. I agree with the teachers. You Americans, too often, the screens are such movies where they hit each other in the face, torturing, killing people in movies a lot perverted. You have it considered interesting. We have preaching such things is harmful...". Naturally, the same view was held, and the Soviet press.

In the final film, three boys come to the tomb of Bernardo, laying flowers and crossing themselves. Two do this as Catholics  from left to right. One, the one in the center, right to left, as the Orthodox.