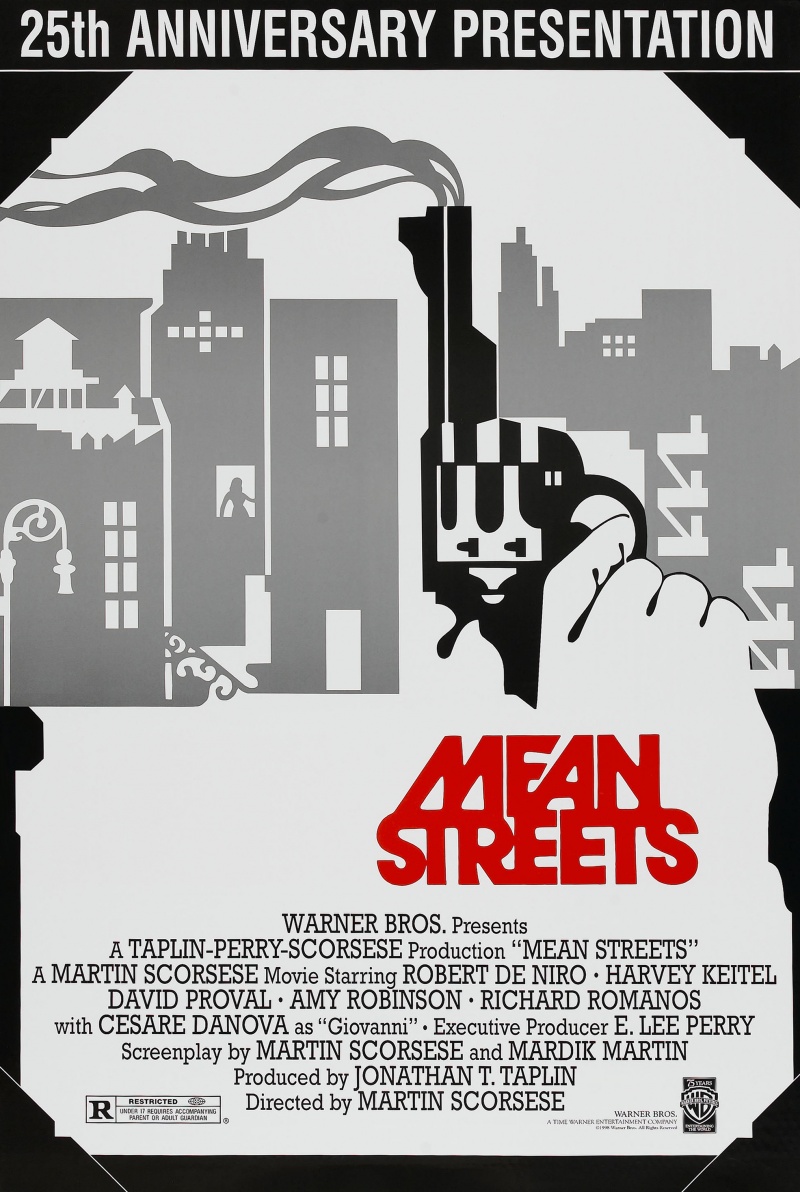 Charlie, the nephew of a mafia boss from new York quarter called Little Italy, wants to become the owner of your own restaurant. For this he must curry favor with a wealthy uncle, to keep up appearances, to show respectability, but the main thing is to stay away from Gaga's boyfriend, johnny Battle, hacking mailboxes and borrow money from moneylenders, with no intention to return them.

Once you have found the source of the funding, Scorsese was involved in the selection of actors. Robert De Niro had met the Director in 1972. He liked what he saw in "Who is knocking at the door for me?": was impressed with how believable the film shows the life of Little Italy. After one of the actors left the project, Scorsese chose Harvey Keitel, who has previously worked for the leading role Charlie.

In 1997, the painting was included in the national film register of the Library of Congress.

On the preview of the film "Bertha nicknamed boxcar"" was present and directed by John Cassavetes. After the show he went to Scorsese, hugged him and said, "You just spent a year of my life, creating a piece of shit". He advised Scorsese to shoot the scenes, which it is known and understood. This inspired the young Director to make another film based on his own life experience. As a result, in the film "mean Streets" was recreated events witnessed regularly were growing up in Little Italy, Scorsese.

The film was initially offered as a continuation of the "Who is knocking at the door for me?" and should have been called "Season of the witch-hunt". Later, Scorsese changed the title to "mean streets".

According to Scorsese, the initial plot of the film focuses on religious conflict, Charlie and the effect on his Outlook. To do this, Scorsese and co-screenwriter Mardik Martin during the writing of the script often went on Little Italy by car. They found a spot adjacent to the Park and begin to write, all the while immersed in the sights and sounds that ultimately will appear on the screen.

Very few have been charged directly at the site of action of the film, new York. A large part of the scenes were filmed in Los Angeles. Unusual techniques for shooting with a portable camera was largely the result of the meager budget of the film, which was lacking on the installation of a large number of tracks for recording. So that is really realistic to shoot a drunken scene with Harvey Keitel, the camera is actually strapped to the actor to convey the besotted state of the protagonist. For the same reason, in the end, the shooting schedule was only 25 days.

Musical accompaniment to the film, Scorsese was mostly from your own collection. As a result, in the film are a pop and rock hits, including "Rubber Biscuit" The Chips, "Be My Baby" The Ronettes, the cover version of the song "Please Mr. Postman" by the Marvelettes and the song "Jumpin" Jack Flash" and "Tell Me" by the Rolling Stones. The purchase of rights to use musical compositions in the movie worth half its budget.