The Private Lives of Elizabeth and Essex 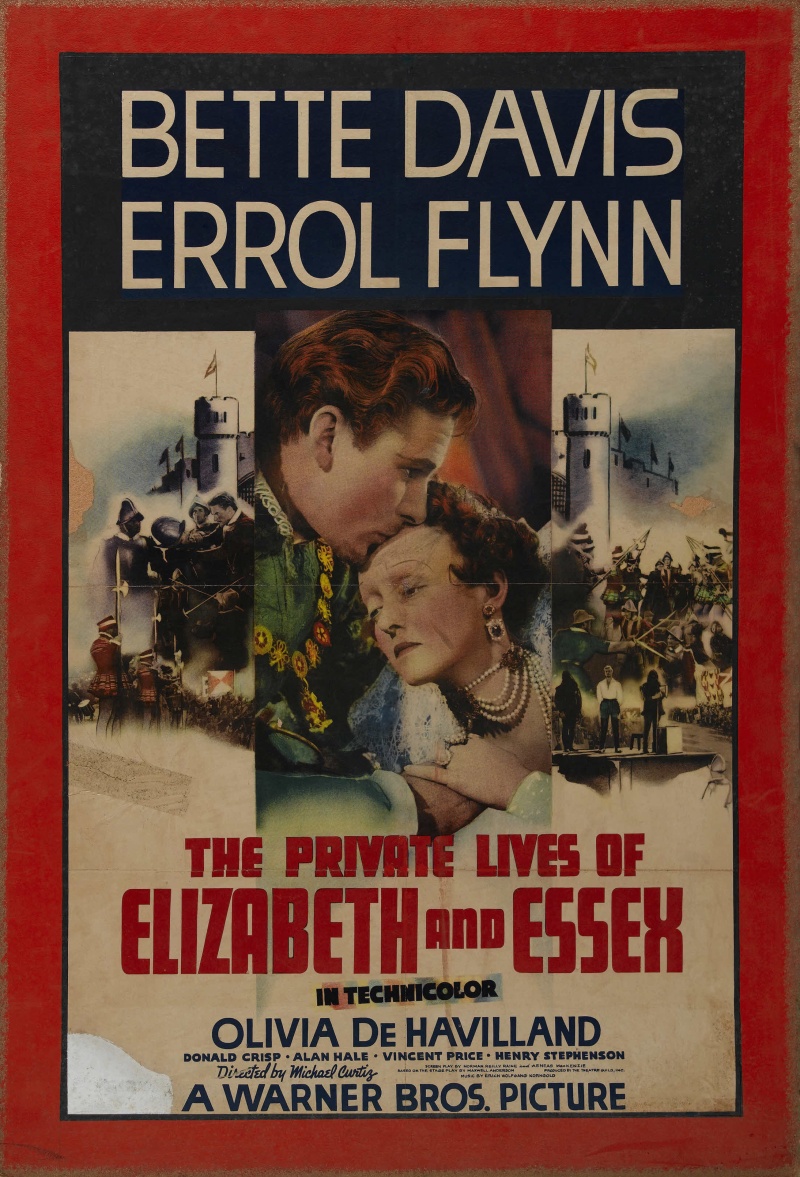 This love story began long before the day when in 1596 Robert Devereux Earl of Essex triumphantly entered the gates of the castle Whitehall after his victory over Spain. The court said that the young count is about to become king of England because his love affair with the Queen is worthy of a magnificent climax. The Queen also met the winner of cold, the charges fell in abundance: here and profligacy, and the sinking of the Spanish fleet, with which the water left tons of gold, which is so lacking in England, ravaged by war. In the end, instead of a reward for the exploits of the hero received only a slap from Elizabeth. Elizabeth. burned resentment and bitterness, he retired to his family estate near London. As the days passed. The Queen, realizing his mistake, looking for an excuse to hurt her lover to return to the Palace, and found a reason  the war with Ireland

To look more like the great Queen, Bette Davis had to trim a couple of inches of hair on my forehead and completely plucked eyebrows.

Errol Flynn and Bette Davis disliked each other. In the scene where Elizabeth gives his minion a slap in the face, the actress could not resist and hit Flynn in the present, so the anger reflected on his face  not a game, but a natural reaction to pain.

The film had three working titles: "Queen", "Knight and lady", "Elizabeth and Essex". First, he was released under the first name, but Errol Flynn insisted on its reverse, as it did not reflect his presence in the film. The second name is not like Bette Davis, and the third though, and made both actors  have disappeared just because there was already same book, unrelated to the film.

After the film was put into production, Errol Flynn was in a car accident, so the producers had to significantly rearrange the schedule so the actor managed to recover without damage to the film.

This picture was the first color film in the career of Bette Davis.

The Private Lives of Elizabeth and Essex Photos